skip to main | skip to sidebar

Waiting for inspiration means having to wait anywhere from 1 minute to 1 year (or longer). Luckily for you, I managed to find it within 3 (or more) days!

Actually, I'm not sure it's really good inspiration. In fact, it wasn't really even inspiration at all. I just thought it was funny. 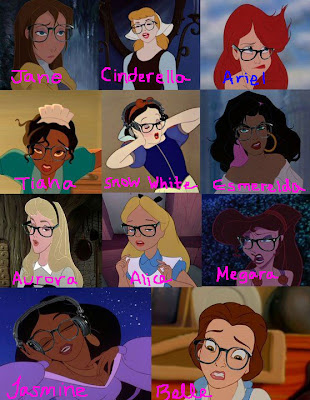 Thinking about it, why do princesses always have perfect eyesight and perfect teeth, their hair never gets messed up (or if it does, either it still looks good or is fixed with one swish), perfectly fitting (and for the most part, flattering) outfits, and can sing?
Little Star
Posted by Little Star at Monday, February 21, 2011 No comments:

So. This is a double post to make up for no post yesterday and a post that could be barely considered a post on the 13th, but really the 14th (12:06am - I count it as night time and my "tomorrow" doesn't start until I wake up from sleeping...). This post also has a ton of photos and my own drawings to make up for the fact that none of my friends (even the artistic ones) had Valentine's Day artwork!

So, without further ado... a V-Day recap.

I was bored and said to myself, "Why not make 36 (or more - I lost count) little marshmallows covered in chocolate in sprinkles?"
So I did.

Here's the fruit of my labor.

30 of them were on lollipop sticks (from Michael's). The other (more than 6 now that I think about it) were just wrapped into little bundles of sugary joy (sorry, no photos).

Speaking of sugary things...the nice thing about the day after Valentine's Day is that all of the V-Day specific (and some non-V-Day specific) candies and chocolates go on sale! It's like the week after Halloween, but instead of being black and orange, all the packaging is pink and red!

One example of the V-Day specific candies is (or is it "are"?) conversation hearts candies. If you still don't know what I mean, just keep following along, it'll all make sense as soon as you see it. A lot of people think they taste like chalk, but I actually really enjoy these!

The Evolution of the Conversation Heart Candy (as seen/analyzed by Little Star)
So, it started with "Kiss Me" hearts... 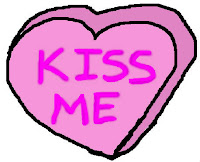 Then phones became popular, so they made "Call Me" hearts... 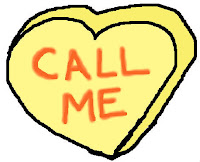 Then internet became popular, so they made "Chat Me" hearts... 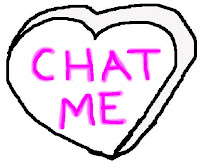 Then cell phones became popular, so they made "Text Me" hearts, but they decided to use texting shorthands so it became "Txt Me" hearts... 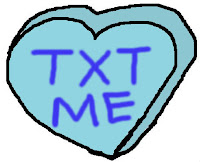 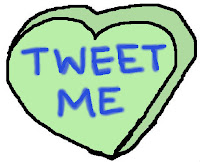 And that's where we are today!

So, how was your V-Day?
Little Star
Posted by Little Star at Wednesday, February 16, 2011 1 comment:

I have some amazing photos (not to compliment my own--very amateur--photography skills, but I am proud of the way these came out) of the cute treats I made for Valentine's Day.

As soon as I have a bit more time (aka, not 12am), I'll upload and actually post.

I was thinking of what to do for yesterday, I just never sat down to type it all up.
Anyways, yesterday I watched Despicable Me for the 4th time! Yes, the fourth time...but, honestly, you can't help but love the minions! So, that's what I did instead of post.

Moving on to today's post.
As we approach Valentine's Day, couples everywhere are re-evaluating their relationships. It's like tax-filing day...but for love, not money. It's a time of forgiving, and a time of letting go.
While couples break-up or make-up, the singles in the world are watching: some with jealousy (how do some people find love early in life and others find it on the deathbed...or just later?), others with hope (if they found happiness, I can too), and still others with glee (ha! I knew they wouldn't last long. He/She had it coming! That *%$&@ (I have no idea what word that's supposed to mean. Fill it in yourself if you're so inclined--by the way, this is a double parentheses!) cheater).


What are your plans for the rest of V-Day (ha, makes it sound as impressive as D-Day) weekend or Valentine's Day itself?

Ambitious, but I think it'll be worth it if for nothing else but to aspire to have a readership like that of Hyperbole and a Half or The Oatmeal.

Long introduction aside (I just realized how much I enjoy putting spaces between every new idea - makes for a longer post...), there really is no other topic for this post besides saying I'm trying to post all the time. I really dislike posting trivial things like the songs I'm currently listening to (my brother's music in the background and the humming of my laptop in front of me). Or what I'm eating (leftovers from Ruby Tuesdays - surprisingly, the Parmesan Shrimp Pasta was really good!). Or what I'm doing (I thought that would be kind of obvious considering I'm writing right now). Or my current problems (like scheduling interviews)...actually, I guess I do blog about current problems.

Eh, this post is going on too long. Talk to you soon,
Little Star
Posted by Little Star at Thursday, February 10, 2011 1 comment:

The race is nowhere near done. 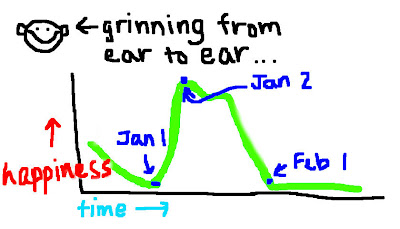 January 1st is a low because that's the day most of my college apps were due (granted, I got them in before the deadline, but for the sake of example...). January 2 is the day I thought began my freedom. As the month of January progressed, I realized...there was still more to do. By the time February 1 rolled around, I was at the same level as January 1st because I realized just how much was still left to do...

Just as I was getting ready to heave a sigh of relief (or rather, I did begin to sigh in relief when I realized that...), the work never ends.

The college application process really never ends until you're actually at the school. The second you finish your regular essays for supplements and common apps, you start working on financial aid applications (who knew how hard it was to figure out just how much money you had saved up?). Or essays for scholarships. Or videos for scholarships. Or science fair projects for scholarships.
After you get accepted, you go on visits to decide which one. When you decide, you have to start figuring out tuition and room and board and classes. Meanwhile, you're still frantically finishing scholarship applications. Finally, August rolls around and it's finally here. Then you start school and the homework and classwork begins. When you graduate from college it's back the drawing board: graduate school or a job.

Whatever it is, the work just goes on.

Anyways. Enough depressing thoughts of never-ending work. My little brother started posting more frequently than I did on his blogs (yes, blogs. He has three - even more than I do! His latest endeavor--and the blog I think he'll update the most frequently because there's a definite focus--is williamsmusic101), so I took that as a sign that I should probably increase the number of postings I have for my two blogs...

Yay! It's me! And I promise, no stencil, this was drawn entirely freehand by me! :D Why don't people believe me??

How many visitors does this star have?

Something to chew on...

Quotes and Sayings now have their own posts, to find them, search for the label:
Witty Quotes

Just a little history for you... (provided by BrainyHistory.com)